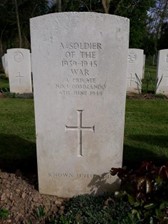 Owen Hammond, Care after Combat’s Regional Coordinator (North West) shares his reflections on Remembrance on the approach to Armistice Day.

My Parents were brought up in the East End of London where they had the incredible misfortune to live through two “blitzes”. As young children during WW1, they witnessed the terrifying sight of silver airships droning eerily across the night sky, floodlit by searchlights and dropping bombs on their city unchallenged. Unbelievably, only 25 years later as young adults, they experienced the frightfulness of waves of nightly bombings all over again. Trembling in their “Anderson Shelter” at the bottom of their garden and having the roof of their tiny house blown of – twice.

My Mother took me to a Remembrance Sunday service when I was just five years old and explained what they had stoically endured, the terror, the food shortages, friends and relatives killed and her vivid descriptions of their suffering left an indelible impression on me. Since then, I have never missed a service.

One day at school, during an English class, we were told about the horrors of WW1 and were given a reading list of WW1 poetry and the poets’ biographies. We had access to them in the school library and I sat there in a beautiful oak panelled room, quiet and peaceful, looking out over the playing fields and countryside, reading about men’s bodies being blown to pieces under shellfire, ranks of men being mown down by machine guns and crawling about, terrified, in the mud and the slime, coming across rotting dead bodies. I could not believe such awful things could possibly have happened, but as I grew up, I found out it was all too horribly true.

Nobody in their right mind volunteers to serve in the Armed Forces to kill another human being. However, in the defence of our freedom, when the need arises, our Forces will fight if called upon, professionally, effectively and usually successfully but many of the survivors left with feelings of guilt and traumatised for the rest of their lives.

Some people think we are “glorifying” war on Remembrance Sunday but nothing could be further from the truth. The words engraved on the Cenotaph in Whitehall are “The Glorious Dead” not “The Glorious Battle of Trafalgar, Waterloo or El Alamein.” Rudyard Kipling’s wonderful choice of words, engraved on the gleaming white grave headstones across the world, immaculately looked after by the Commonwealth War Graves Commission, is the even more apt quotation from the Old Testament – “Lest we forget”.

We must remember all those who made the supreme sacrifice or were severely wounded on our behalf. It is our duty and the very least we can do for such heroes. We must never ever forget what our Armed Forces of hastily trained civilians achieved in WW2 and the freedoms they preserved for us, our Children and our Children’s Children. To paraphrase the Great King Alfred – “every man should speak what he can speak and do what he can do” – without fear of reprisals. The freedom to elect our representatives in Parliament or Local Councils in free and fair elections. To walk down the street without some brute in a grey uniform demanding to see our ID documents and if not satisfied with our answers to his questions – dragging us off to the nearest police station for interrogation.

When I stand in front of a war memorial during the two-minute silence, I ask myself why did it happen and my thoughts dwell on how so many people could have suffered so much.

On the other side of the world on a hillside where in 1944 a bloody battle was fought, a British Commonwealth War Memorial is engraved with the epitaph;

“When you go home, tell them of us and say, for your tomorrow we gave our today”

This website uses cookies so that we can provide you with the best user experience possible. Cookie information is stored in your browser and performs functions such as recognising you when you return to our website and helping our team to understand which sections of the website you find most interesting and useful.

Strictly Necessary Cookie should be enabled at all times so that we can save your preferences for cookie settings.

If you disable this cookie, we will not be able to save your preferences. This means that every time you visit this website you will need to enable or disable cookies again.